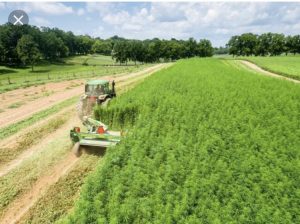 The UK’s history and need for hemp goes back to a date far further then most people imagine. Hemp has played a crucial role in the country’s formation and growth, through humble beginnings to the height of the British Empire. Its uses today are vast and it gradually cropping up in all forms of production and life.

Hemp is not a native plant to the British Isles and is widely considered to come from Asia. Through archaeological digs, hemp seeds have been found at both Roman and Anglo-Saxon sites to name a few.

Hemp’s popularity grew in the 17thcentury, arguably its biggest period of expansion within the UK. At the turn of the 17thcentury hemp was a key material used by the British Navy for sails, ropes, rigging, and clothes. This stayed true until the introduction of engine propelled war and trade ships.

Henry VIII in 1533 was the first reigning monarch to impose a penalty for farmers who did not grow hemp on their land. This was sustained by a later monarch, Queen Elizabeth, whom in 1563 famously decreed that for every 60 acres of land, farmers must provide at least one acre of land for growing hemp. This emphasises the importance of this crop to the nation.

The popularity of hemp can be seen to this day with the name of one such county in England, Hampshire. Hamp’ is a direct translation of hemp in several languages. For example, the Swedish word for hemp translates to ‘Hampa’. Other variations of this can be found in Germanic, Norse, and Dansk. Hampshire is a county widely linked and of significant importance to the British Navy.

The fall of hemp, however, came not long after the end of the Great War, where on the 28th September 1928 it was made illegal.

Hemp has made a comeback in recent years and people are beginning to understand the difference between Industrial Hemp, is a strain of the cannabis plant with little to no THC, compared to other strains containing high amounts of THC.

Projects which make use of hemp as a building material are marking a resurgence in the UK. By providing a more sustainable form of building material with greater thermal properties. Even some of the most popular car manufacturers in Europe use hemp-based materials for the inner linings and heat insulation of their vehicles. These and many other projects in the UK give Hemp a renewed purpose in our modern society which is far more conscious of renewability and reducing the impact on the environment.

We Have An Announcement Can CBD Treat Anxiety And Depression?

Can CBD Treat Anxiety And Depression?